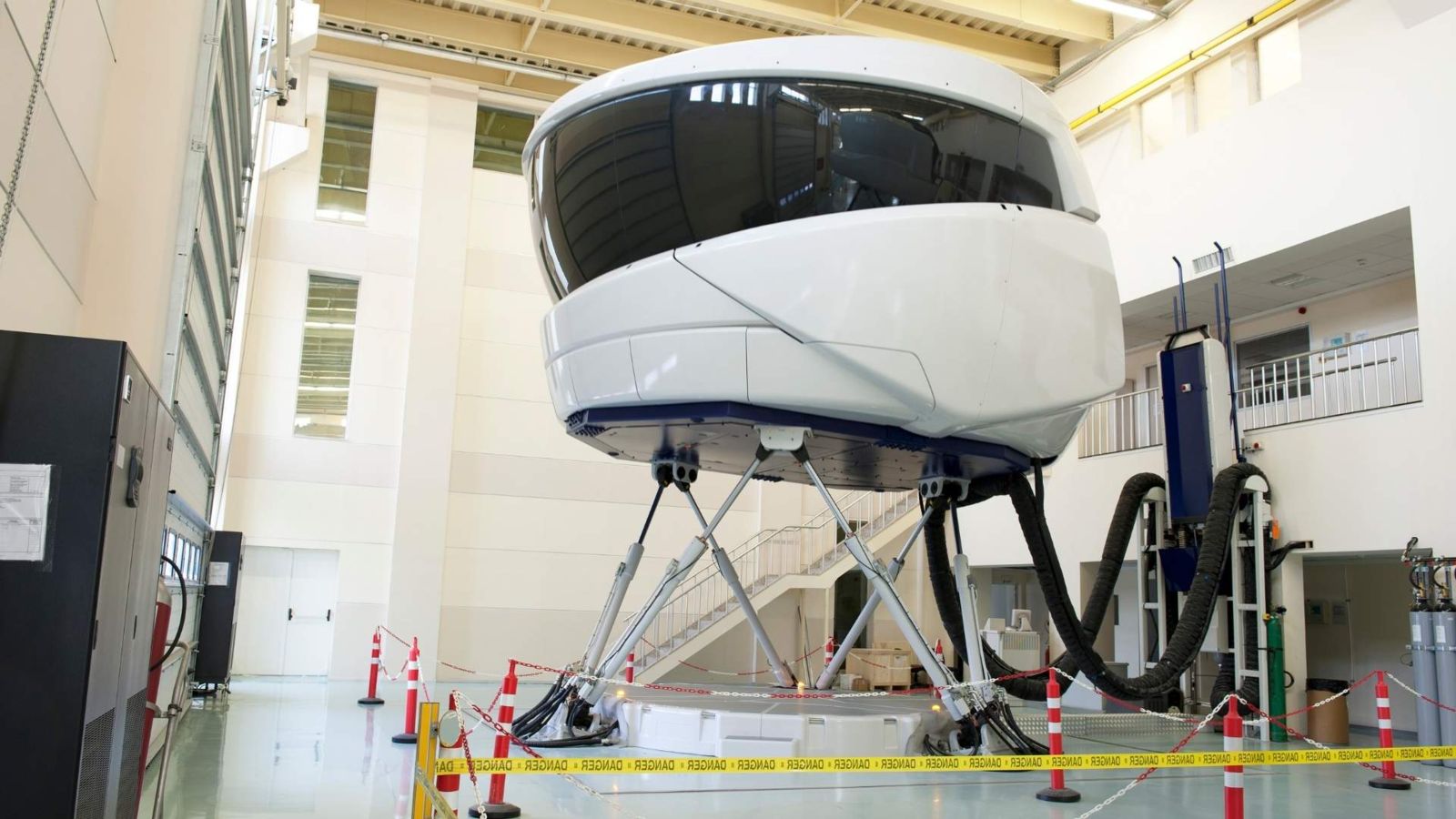 A flight simulator is a device or machine that artificially re-creates aircraft flight and the environment in which it flies. The simulator is used for a variety of reasons such as pilot training, aircraft design and development, entertainment, and research. The goal of a simulator is to replicate and simulate real-world scenarios using the proper aviation equipment and controls similar to real aircraft but in a safe test environment.

Simulators are a great way to test reactions to external factors like weather and turbulence, as well as the effects of other aircraft systems. [1]

A yoke is a device used for piloting some fixed-wing aircraft. The Yoke controls the pitch axis using the elevators and the roll axis using the ailerons. [2]

Haptic Feedback Device – A device used to transfer simulated turbulence or other external forces acting within the simulation through control devices that are in direct contact with a pilot. These devices may also provide a realistic feel to the control devices based on the aircraft chosen.

Infranor Motors In The Industry:

Our Slotless FP series motors have excellent zero cogging characteristics that provide the most realistic feedback for the pilot. These motors are used on pilot interface controls like the Yoke, Cyclic, Pedals, and Collective. The implementation of this series does not require cogging compensation from external software.

Our N and T series are used in larger simulators or less critical motion axis where cogging compensation is provided by the drive or control to give a similar result as the FP series. In larger systems, the cogging produced by the motors is drowned out by the size of the system when mounted in the platform. These motors are great for hexapod platforms whether as a kit motor or fully enclosed. They can also be used in any haptic feedback device with the use of external cogging compensation.